With oil prices now crossing $100 a barrel on the global markets, it appears the era of higher prices for petroleum is here for at least a while. Already, worry is setting in back in the U.S. of crimped pocketbooks. Consider this blaringfront-page story in the New York Times telling tales of woe of families in economic despair.

But what impact will this have on Japan? I believe Japan will prosper, or at least survive in this environment, for two reasons.One is that Japan’s steady population will mean no marginal increase in oil demand over the next while, limiting Japan’s exposure to oil price rises. Second, Japan has already shown it can continue to raise living standards with a flat population and without importing any additional oil. There is no reason to think this trend won’t continue. 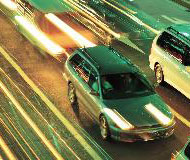 First, let’s look at some statistics. The top 3 oil consumers in the world are the U.S., China and Japan. In fact, this has been the case since 1995, when China passed Russia to become #3 on the world consumption list. Since then, China’s oil consumption has more than doubled from over 3 million to over 7 million barrels a day. The U.S.’s has grown from 17 million to over 20 million barrels a day.

But Japan has actually shrunk in terms of its oil consumption in those 12 years ? from 5.7 to only 5.1 million barrels a day! So Japan’s consumption of oil is in fact lower than it has been in a long time.

Oddly enough, the often-cited “problem” of Japan’s lack of population growth is helping cause this trend. In this era of higher commodity prices, Japan will simply have fewer people to clothe, feed and heat, which will help Japan at least survive in what may be an era of energy scarcity. Sure, food prices and other prices may continue to rise in the short term, which will not be ideal. But overall, given its demographic picture, Japan should be well positioned to weather the high oil price storm.

We are often told that Japan’s demographic problem is a cause for concern ? which it may be, if Japan’s standard of living was at risk. Yet during this time of relative demographic stability, Japan has not fallen behind economically compared to the U.S.

One key metric that measures living standards is “labor productivity per hour worked” ? a good measure of how much value each hour of labor adds to a country’s economy. If we look at this statistic in constant 2007 dollar terms, Japan’s labor productivity has held steady as a percentage of the U.S.’s since 1991 (at or around 70%).

This means Japan has been able to keep pace with an economic giant like the U.S. in terms of hourly productivity, without needing to import any more oil. (By the way, I got the data from the Total Economy Database, locate data)

The U.S., by contrast, is in a far worse position. Headlines in the United States are already proclaiming that this might be the summer of $4 a gallon gas (which translates to about 112 yen per liter). Even though that might not be very shocking in Japan, in the U.S., it’s practically a national emergency.

After all, the article of the New York Times says that “with the increase in prices in recent years, economists say energy's share of disposable income is slowly creeping up again. In December, that figure reached 6.1 percent, the highest level since 1985.”

In Japan, energy takes a similar bite out of people’s budgets, but with gasoline is responsible for much less.

Japan’s in a good position to handle the energy problem

Consider that the United States is a diffusely populated country with a continually growing population, adding about 3 million people every year. This means that U.S. will have little choice but to compete with other growing oil consumers like China, Russia, India and Saudi Arabia for what’s left of the crude, or else its watch living standards go down.

But Japan’s oil consumption is expected to flatten if not decline. The population has been holding steady for years, again without a significant effect on per capita GDP or other standards of living. And half of Japan’s population lives on 2 percent of the land, with consolidation to the cities continuing as the countryside empties out ? so Japan’s private transportation needs will continue to decline as well.

In short, while high gasoline prices may be leaving others feeling trapped, Japan is not destined to fall into that same trap. Japan’s economy has a number of options available to it with respect to future energy choices, namely conservation and technology advancement, and it can choose among future solutions with relative ease. So even though energy might cost a little more, Japan is in a much better position than other industrialized nations to handle it, especially compared with the U.S.

Adam Carstens is a Senior Associate with Globis International School and a staff editor at GLOBIS.JP. Before working at Globis, Adam worked with the consulting firms The Attention Company and North Star Leadership Group. He helped with the research for two books, “Japan’s Business Renaissance”(released in Japan as “Samurai Jinzai-ron”) and “Got Game: How the Gamer Generation Is Reshaping Business Forever.” Prior to that, Adam specialized in foreign policy and international trade analysis for a U.S. Congressman and a U.S. Senator in Washington, DC, working to expand trade links between the U.S., China and Vietnam. Adam has also helped manage website operations for a high profile member of the Fortune 500, and led a team that created an award-winning project on the future direction of 3G wireless technologies.Adam received his MBA from the Thunderbird School of Global Management.